Beehive Shelter System started out over twelve years ago when we were approached to use our experience and knowledge of underground concrete safe rooms to help create a custom NBC BUNKER for a client in Los Angeles, California.  This successful project venture lead to other projects and one by one over the course of the past years and many successful BUNKERS,  we have emerged as a recognized leader in NBCE concrete BUNKER engineering.  Our team of engineers, architects, and scientists have spent hundreds of hours studying, reverse engineering, and dissecting past historical BUNKER philosophies including bunkers used in World War II and other military conflicts.  This wealth of gleaned information along with aligning ourselves with leaders in the industries of Nuclear, Biological, Chemical and Electromagnetic pulse design defense strategies have allowed us to create some of the most highly advanced personally owned BUNKERs in the Unites States. 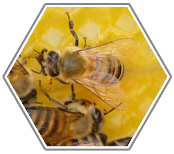 Get your Beehive Shelter Underway Today!

Contact our office to learn more or to begin planning your NBCE BUNKER today.

© 2013 Beehive Shelter Systems, All rights reserved.
Back to Top